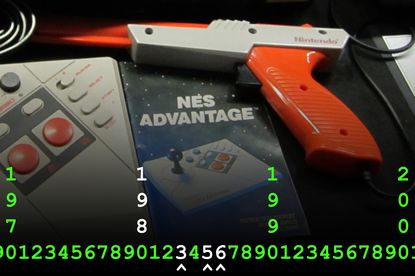 The ‘History of Video Gaming’ and ‘History of Computers’ exhibits were among the coolest things we saw at the DIGITAL NATIONZ ‘digital entertainment expo’ in Auckland last month. It was with great excitement, then, that we learnt collection owner Mark Barlow is part of a team presently seeking crowd-funding for a permanent computer museum in Auckland’s Wynyard Quarter.

The New Zealand Computer Museum campaign is hosted on crowdfunding website Sponsume.com, and at the time of writing had 11 backers pledging a total of NZ$710 toward the NZ$350,000 goal. Sure, it’s a way off, but that’s with 60 days left to run.

The team’s goal is to open the museum within the next 12-18 months.

Notable supporters include Steve Wozniak (‘Woz’, famed co-founder of Apple), the Institute of IT Professionals (formerly the New Zealand Computer Society), and the Computer Science department at the University of Auckland.

Wozniak has agreed to attend the museum’s Auckland launch event, should it come to fruition. Barlow has been in contact with the tech icon’s wife and agent around scheduling of the event, which will be planned to fit around Wozniak’s own. Wozniak will also host a lunch for “major contributors and sponsors” – according to the crowdfunding campaign website, this lunch is open to the first ten supporters who pledge NZ$5,000 or more.

The crowdfunding campaign is not intended to cover the total cost of the project, Barlow said in a press release, but to “get [the team] far enough to excite and entice sponsorship / investment to fund the full project.” In the same release, Barlow estimates the final cost as “probably several millions [of dollars]”.