Diana Clement: Love at first byte, but no sure profit from collecting 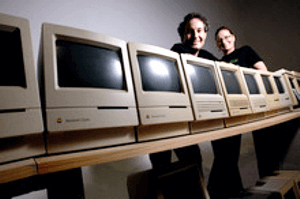 Do you get excited about vintage computers, old documents and maps, clocks, bank notes or other collectibles? Are they worth investing in as a part of a retirement plan? The answer is yes and no.

Collectibles are subject to the laws of supply and demand just like shares, property and other mainstream investments. They can provide some protection from inflation, but aren’t the best hedge around. There may be financial profit in collectibles. On the other hand they’re not very liquid, have no income, are difficult to value and owners often don’t want to sell when push comes to shove.

Stamp and coin collections are the most popular searches on Trade Me for collectibles. But there are many other collectible items that buyers “invest” in, ranging from alcohol memorabilia to Crown Lynn pottery.

One collector who has seen a tidy capital gain on paper for his vintage technology collection is Aucklander Mark Barlow. He is on the verge of opening the Techvana computer museum in Federal St for his extensive collection.

He bought his first computer, a Sinclair ZX80, when he was 10 and it just kept going. Over the years he has built up a huge collection of early computer and gaming gear. 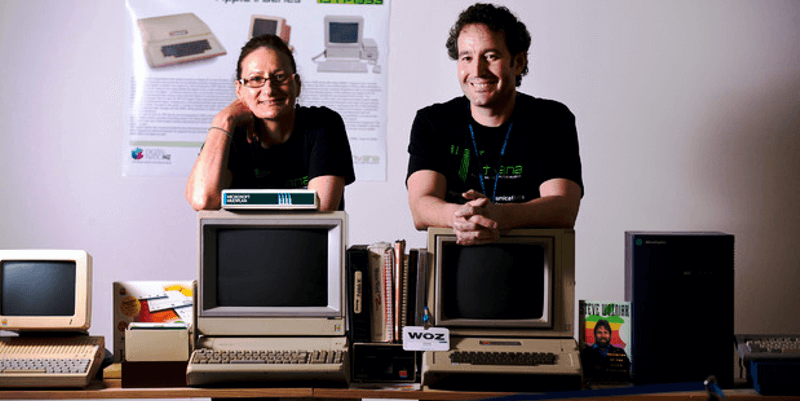 Barlow has kept a database of eBay and Trade Me prices and many collectors will have made decent capital gains – on paper. He cites the example of an Apple 1 computer that sold for US$100,000 ($137,512) about eight years ago and just changed hands again for US$1 million ($1.375 million). Unfortunately, Barlow doesn’t own one.

Even computer parts can be collectible. Barlow owns individual silicon chips and even a valve from the Colossus computer, which was the codebreaking machine used to break German encryption during World War II. The computer itself was destroyed at the end of the war, but the spare parts survived and are now in hot demand.

One of the big downfalls of “investing” in collectibles is that they don’t pay dividends and it often costs money to hold on to them.

Financial adviser Duncan Balmer points out insurance premiums on collections worth more than a few thousand dollars can be costly and collections can incur storage costs. Many collectibles need special care to keep them in good condition.

Future History financial adviser Tony Walker says his father was an avid collector of stamps and coins. “The challenge [when he died] was for the executors of his estate to know what to do with them. In the end, his coin collection was sold – for a very modest amount. I inherited his stamp collection – but without his passion, the collection lies dormant. I am not sure what I will do with it.

“Collecting is essentially a very personal thing and most do not have the required passion. The secondary market recognises this – so the real value of the collection is for the collector to enjoy.”

The question of whether a collection is an investment gets plenty of airtime in the Barlow household. Barlow admits that calling him an “investor” is stretching the truth. “I told my wife Katie I was buying for investment. Whether that is 100 per cent correct is debatable,” he says, laughing.

The Barlows would do well financially if they sold the collection. The reality is, like many collectors, that’s probably not going to happen.

Collectors who can’t bring themselves to sell are quite common. Financial adviser Steve Morris has a client who bought two vintage Porsche cars in the US and transported them to New Zealand. He got an immediate capital gain on paper for his efforts. But were the cars investments?

“The client had initially described the two classic Porsche’s as retirement assets,” Morris says. But when the family had a cash flow problem, the client realised that he couldn’t sell. The cars produced no yield (income) and he was completely reliant on the capital gain from the cars, Morris says. It was more an “expensive hobby”.

“In my view, what made the cars more a liability than an asset was the ongoing cost of maintenance, petrol and insurance; the latter being very expensive as these were classed as classic cars.” Trade Me data shows that collectible markets go up and down.

The supply, demand and average sale graphs of collectibles such as bank notes, coins and stamps are not straight lines. In the case of listings, there are surges and troughs for stamps in particular. Coins showed a huge surge in sales in 2011 but have tailed off since.

Getting in early on a trend is one way to make serious money on collecting. Barlow has kept all his old computers for the past 35 years. He also started buying vintage technology before it became trendy.

About a decade ago his hunch that computers would become collectible was proved right. The advent of Trade Me kick-started the market in New Zealand

Many New Zealand collectors make their capital gain by buying well. They have good saved searches on Trade Me and eBay and will snap up items priced way below their real value, Barlow says. Sellers often don’t know what they’re sitting on and may put an item up with a $1 start price and $10 buy now, not knowing it’s worth many times that.

Whether it’s computers, Crown Lynn or collectible clocks, nostalgia runs in cycles and you need to be prepared to sell at the right time if it’s really an investment. What’s more, like any investment, chasing a trend once it’s hot is probably too late.

On the subject of tax, Marie Quinn, of Marie Quinn Financial Services points out that it’s a tax-effective way of increasing capital. If it’s not done for trading it is tax-free.

Trading of collectibles, however, is taxable and anyone buying with the intention of selling needs to pay tax on their profits.

Financial adviser Greg Moyle has been collecting art, military memorabilia and wine for years. Like many collectors he wouldn’t view this activity as investing. “I’ve squandered my money over the years,” he jokes.

Moyle’s collections are anything but a retirement nest egg. He will bequeath one of his art collections to a museum and the other to Mt Albert Grammar School, where he is chairman of the board of trustees. “People like me collect because they get some sort of enjoyment out of it.”

The irony for the financial adviser is that it will cost him money to donate his collections. That’s because the school will need money to maintain and insure the collection, which he will also provide along with the art.

Moyle spends a lot of time at auction houses and has noted that sellers don’t always make a profit. Even if a collection has risen in value, auction houses will charge buyer and seller at least 15 per cent, meaning a sale has to make 30 per cent plus inflation over purchase price just to break even.

The best advice is buy what you like. Don’t rely on collectibles for their future value. Hope that your collection makes you money in the long run, but have a proper retirement strategy in place that will pay the bills in your golden years.