“Say What” … Techvana An Evolving Dream

Techvana is a culmination of the efforts of a handful of dedicated volunteers who share the same passion for technology, education, history, and gaming. With little to no funding, their team created events that focused on teaching students practical skills such as digital photography and basic robotics, exposing children to the progression of technology through our exhibits, and providing a comfortable space for technology and game enthusiasts through their networking and gaming events. 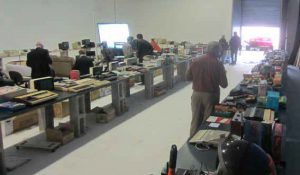 Techvana started out as compromise between Mark’s childhood hobby of collecting vintage technology and Katie’s obsession with finding enough space and a way to keep all of these items in check.

Over time, the collection grew larger and their friends began to jokingly nickname it the “museum” because of its sheer size. Katie kept reminding Mark that they would eventually have to find a place (apart from their house) where they could display all of these technology pieces as Mark was clearly never going to part with any of these precious artefacts. The couple began discussing the idea of starting a museum themselves over several years. However, the major push that prodded them to make a definite decision finally happened in 2013 when they were invited to exhibit at Digital Nationz.

This crucial event marked the first time Techvana was used to officially name Mark and Katie’s collection. The couple envisioned establishing a space where students, professionals, technology enthusiasts, and Kiwis in general could immerse themselves in the vintage technology and cherish all of the nostalgic memories they had with these pieces, helping them achieve “Technology Nirvana”. The Techvana exhibit proved to be very popular with the attendees as it had the longest lines of any exhibit at the show, even beating the new Sony PS4 and Microsoft Xbox One. Mark and Katie also launched a crowdfunding campaign which was able to raise $1,000 and helped kick things off. These early contributors proved that there was a market for Techvana. 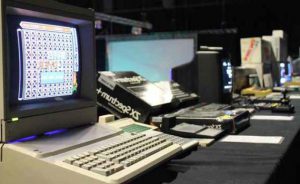 The success of Techvana’s debut at Digital Nationz gave it the momentum and exposure that it needed to showcase its technology collection to more events such as Big Boys Toys 2013, AUT’s Pigsty Launch, and Auckland ICT. After much deliberation, Mark and Katie decided to form the Techvana Charitable Trust and Techvana Operations company in June 2014. This was a very crucial step       in helping bring their vision into a reality. A launch event was held   at Mark and Katie’s home which was well attended by supporters, collectors and friends.

The Proof of Concept

A couple of months after launching the charitable trust, Mark and Katie were offered an amazing venue at Cook Street which included 1,100sqm of space. The lease on the space was a significant barrier but an equity crowdfunding campaign was launched to try and raise the $250,000 minimum capital required. Thankfully, the owners of the property generously allowed the couple to operate a ‘proof of concept’ exhibit to allow potential investors to see Mark and Katie’s vision for Techvana. The equity crowdfunding campaign garnered $61,650 in pledges and a significant amount of support. However, this was not enough to meet the minimum capital required to lease the space.

Mark and Katie once again needed to pack up the entire collection and store it elsewhere. Luckily, they were offered temporary storage space by Chris Mitchell from Ntec (National Tertiary Education Consortium) based in Federal Street. Initially the collection was moved into a ground floor storage space, but then the senior management of Ntec decided to become the naming sponsor. This partnership led Techvana to be renamed as Techvana the Ntec New Zealand Computer Museum. The sponsorship included 430sqm of space in the school as well as the funds required to open the museum. 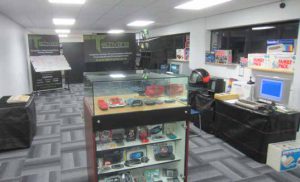 Techvana’s setup at Ntec featured interactive exhibits that showcase vintage pieces of technology ranging from desktop computers, laptops, gaming consoles, and telecommunication devices. In addition, the museum also has a selection of rare and unique pieces that highlight key points in the development of modern technology. Techvana also regularly hosted technology-themed networking events, workshops, and school visits in partnership with organizations such as Auckland ICT, ICE AV, and the Game Developers Association.

Techvana was designed to help provide visitors an interactive experience with vintage computers, telecommunication devices, and game consoles manufactured from the 1960’s up to present. Visitors were also given the chance to personally interact with these vintage computers, making it the perfect opportunity to rekindle nostalgic memories and truly appreciate how far technology as progressed since then. Unfortunately, the Ntec sponsorship came up for renewal in February 2016, and due to their rapid growth, Ntec decided that they couldn’t continue to provide space for Techvana. Hence, the process of packing and finding a new location has begun once again.

How You Can Help 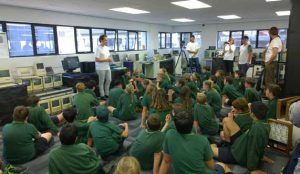 Techvana and its team is currently at a critical point in their journey. If you are interested in helping them achieve their vision, here is how you can help: 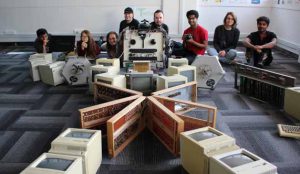 The Techvana Charitable Trust also requires more funding in order to continue collecting, restoring and storing the museum’s collection of donated historical assets. Donations can be made through their Give-A-Little page by clicking the “Give a Little” logo at the top of this article, or visiting their page directly at: https://givealittle.co.nz/org/Techvana

The Techvana Team would love to hear from you and can be reached through the channels below.