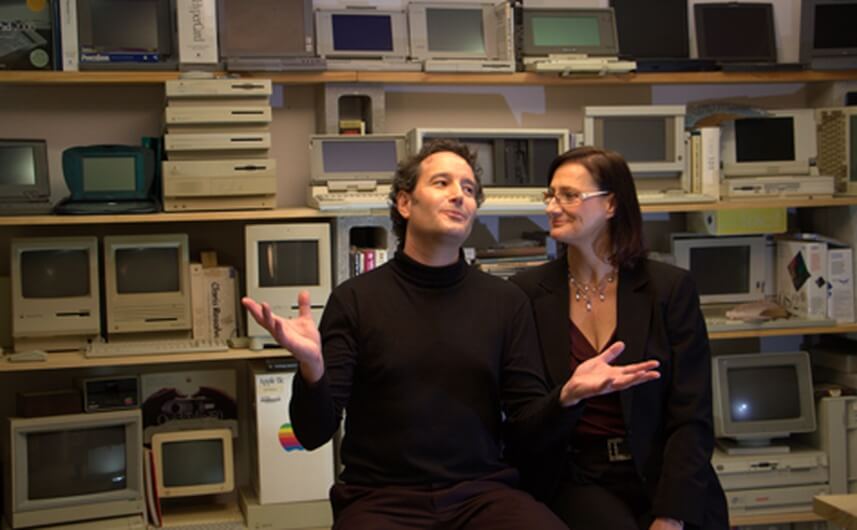 What better way for an IT museum to raise money than by leveraging technology itself? Startup Techvana, which intends to become New Zealand’s first and likely only public repository of the techie stuff from yesteryear is crowdfunding to get the necessary cash together to run as a viable museum. The initiative is seeking to raise up to $750 000 through PledgeMe, with investors able to snap up a minimum of two shares for $100.

Behind the initiative are husband and wife team Mark and Katie Barlow, the private collection of whom will form the bulk of the planned display in a yet-to-be announced premise in the Auckland CBD.

A bit of a hoarder, Mark Barlow jokes that the idea of a museum will not only restore his home to some semblance of normalcy, but also give the public a chance to see the fascinating evolution of technology.

“I like to keep old computer stuff, especially the gaming products from days gone by. On the computing side, a lot of the things which I’ve accumulated have been repurposed, like using old PCs to create proxy gateways and so on,” he says.

An industry veteran, Barlow started using computers at an early age and has an enduring fascination with games. That’s reflected in a considerable personal collection, highlights of which include valves from Colossus, the computer used for code-breaking during World War Two at Bletchley Park, magnetic core memory, punch cards and jumper-programmable circuit boards.

Apple fanatics will be fascinated by equipment dating back to the late 1980s to the mid 1990s, while a wealth of microprocessors, including Intel’s first 4004 and many prototypes (one of which was used in cruise missiles) provide a glimpse back on an industry which is today ubiquitous.

“It’s important to maintain a record of where the industry’s come from; it’s educational for younger generations and quite nostalgic for a lot of the older folks,” Barlow points out.

He says technology artifacts are a little like cars – they start out as expensive commodities, gradually become worthless, then in the fullness of time become rare and valuable. “Prototypes of CPUs in particular or gaming consoles which weren’t commercially successful tend to be prized. For example, there’s a rubbish Atari game called ET which was so bad it caused the decline of the industry, but which today is very valuable…”

Just how big is the collection? At a minimum, Barlow reckons the museum will require 700 square metres of space; ideally, he’d like to have 2000. The eventual premise will be decided on the back of the success of the PledgeMe share offer, in terms of which a minimum of 5 000 need to be sold. If the minimum isn’t reached, potential shareholders won’t be charged; up to 15 000 shares are available, equating to 50% of the company. Sponsorship opportunities are also available.

The plan for Techvana is to not only create displays, but also provide a café, space where corporate functions can take place and also exhibition areas where new technology can be displayed – and juxtaposed with the old.

The company is structured as a trust which holds all artifacts, licensing these to an operating company.

“The ultimate goal is to perfect the operating model in Auckland, then extend the Techvana concept to other centres and possibly countries,” he says.

In addition to the share offer which runs until the end of November, interested parties can also make a donation via Givealittle. Interested parties and technology enthusiasts can take a look here for more information and to get involved.