nirvana
[ner-vah-nuh]
noun
An ideal or idyllic state or place. 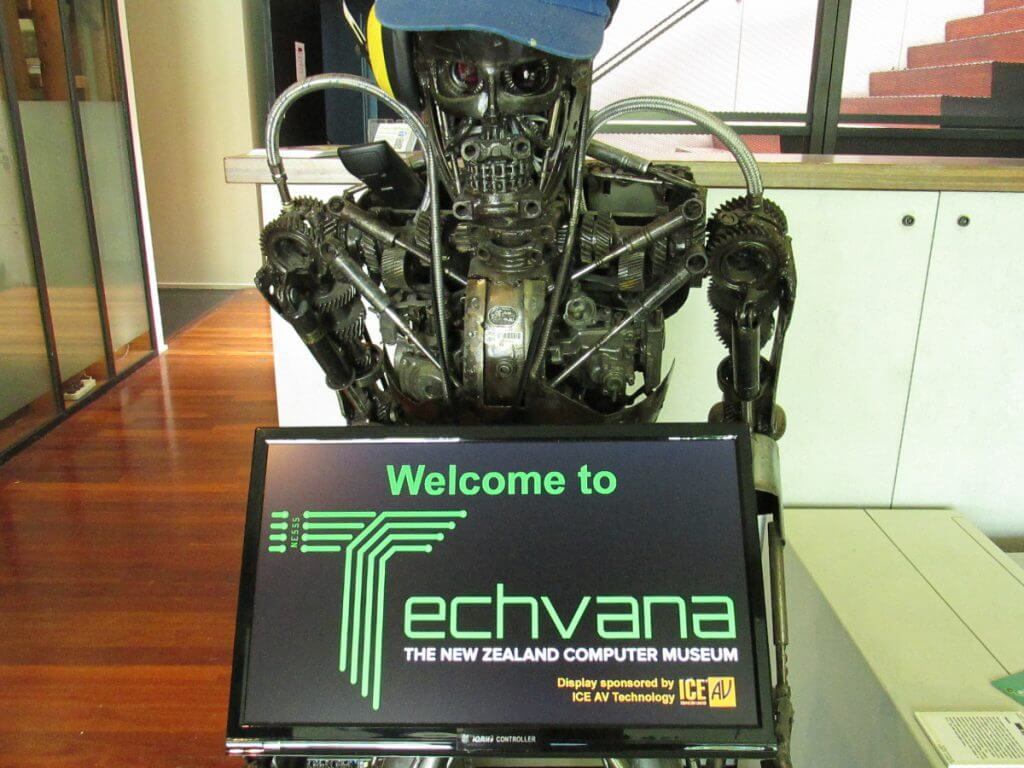 For Mark and Katie Barlow, technology is life. It doesn’t matter if the tech is old or new, popular or obscure, for business or for pleasure – if it runs off a CPU, odds are high they’ve got it in their expansive collection.

Their walls of computers and gaming consoles were long a point of interest on display at their home, and they would occasionally have groups over just to ogle and admire and maybe even play with their gadgets and toys from years gone by. Now they have taken the next logical step, and collaborated with other collectors to bring the world Techvana: The New Zealand Computer Museum.

They have currently set up shop in downtown Auckland, where the general public are free to swing by on weekends to check out the collection they’ve moved over so far (only about 80% of their personal stash at the time of this writing, with the other contributions still to come as well) and get some hands-on time with some of the best (and worst) games of the past few decades.

From the first Amiga computer system and Commodore 64 to the NES and original Xbox and dozens more, you could easily lose days – nay, weeks – at Techvana playing through their library. I had to begrudgingly pull myself away after several rounds of Asteroids, Duck Hunt, and Super Mario 64 to check out everything else. As if the standard games and computers weren’t enough, they’ve even got a neat stock car race set-up in the middle of everything that feels just like an arcade set-up with the pedals and shifting. Seriously, there’s massive potential here.

Therein lies the problem; the Barlows have started something great with Techvana, but they can only reach their potential with help from you and me. They’ve been working on a crowd-funding campaign since Digital Nationz back in September, but it’s a bit different than your standard Kickstarter or IndieGoGo campaign.

The minimum pledge is $100, which nets you two shares in the company, with another share coming your way for every $50 extra you throw their way. Similar to Kickstarter, your pledge will not be go through if their campaign fails, but if it succeeds you’ll be an official shareholder in the company. This will net you a discount card (of varying amounts depending on your investment) that can be used at the museum’s bar/café, as well as for function hires.

More than that, though, you’ll be a part of making this awesome business venture succeed, which will allow future generations to experience and appreciate gaming and technology before the internet and high-definition. Techvana is most definitely a work in progress, but you can be a part of that progress and watch it grow.

Check out our gallery below (again keeping in mind that this is but a piece of the greater collections to be on display in the future) and peruse their website. See what they’re all about, and where your money will go. After that, I do hope you’ll do what you can to help Techvana reach its potential.