Techvana started out as a compromise between Mark Barlow’s childhood hobby of collecting all sorts of vintage technology and his wife Kate’s obsession with finding enough space and a way to keep all of these items in check...

It all began back in 1997 when Mark Barlow’s mother came to visit him and his wife Katie. She brought with her Mark’s childhood collection of classic vintage technology that included some of his 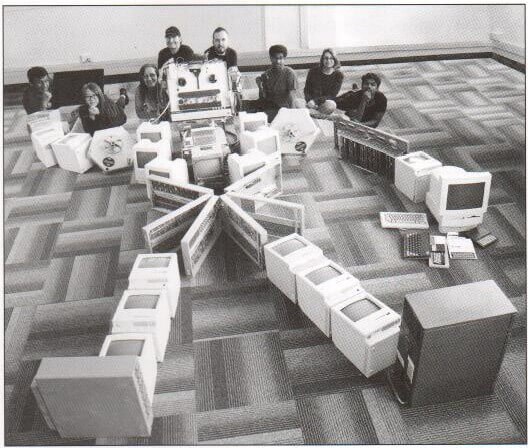 most prized possessions, namely his ZX 80, ZX Spectrum and his Micro-Professor. This inspired Mark to start collecting again after a 12-year hiatus.

Over time, the collection grew larger and friends began to jokingly nickname it the ‘museum’ because of its sheer size. Katie kept reminding Mark that they would eventually have to find a place (apart from their house) where they could score all of these pieces as her husband simply refused to part with any of them.

“The couple themselves talked casually about the idea of starting a museum over several years. However, the major push to make a decision happened in 2010. A huge collection of vintage technology that had been on display at MOTAT arrived at Mark’s doorstep. This influx of pieces was an opportunity to take a new direction, and spurred Mark to set up exhibits of the collection at home. These were very well received by visitors and, after a few more years of discussing, Mark and Kate finally established the Techvana Charitable Trust and Techvana Operations Company in June 2014.

As for the name ‘Techvana’, Mark and Katie envisioned establishing a space where students, professionals, technology enthusiasts, and New Zealanders in general could immerse themselves with vintage technology and cherish all of the nostalgic memories they had with these pieces, helping them to achieve ‘Technology Nirvana”.

Techvana features interactive exhibits that showcase vintage pieces of technology ranging from desktop computers, laptops, gaming consoles, and telecommunication devices. In addition, the museum also has a selection of rare and unique pieces’ that highlight key points in the development of modern technology.

Among these rare pieces are actual valves used in the Colossus computers which are known for being the world’s first semi-progran1mable digital computer, its immense size, and its involvement with deciphering various German codes for the Allies during WWII. Another notable piece is a fully restored NeXT Cube from Steve Jobs’ other computer company, NeXT, which he founded after he was kicked out of Apple. This computer was also used by Tim Berners Lee to host the world’s first web server and write the first web browser. The success of the NeXT Computer convinced Apple to acquire NeXT and invite Steve Jobs back to the company. This allowed Apple to use the NeXT Step Operating System as the foundation for its widely successful OSX.

Techvana also regularly hosts technology themed networking events, workshops, and school visits in partnership with organisations such as Auckland ICT, ICE AV, and the Game Developers Association. Through these activities, Techvana hopes to establish a dedicated space that celebrates the history and development of technology.